PHILADELPHIA, November 27, 2018 (Newswire.com) - The World Rowing Federation has announced that Alan Robinson of the Philadelphia rowing community is the winner of its World Rowing Sustainability Award, presented in Berlin, Germany on Friday, November 23.

New to the World Rowing Awards this year, the Sustainability Award recognizes those who endeavor to safeguard the environment in which rowing takes place and help their local environment.

As we worked on various projects related to river infrastructure and improvement, we wanted to bring attention to the importance of stewardship of the Schuylkill River and Fairmount Park.

As founding Chair of the Schuylkill Navy’s River Stewards Committee and Board Member of the Head of the Schuylkill Regatta, Robinson - who began rowing at the University of Pennsylvania in 1968 – initiated the focus on river stewardship across Philadelphia’s iconic “Boathouse Row” over four years ago.

“As we worked on various projects related to river infrastructure and improvement, we wanted to bring attention to the importance of stewardship of the Schuylkill River and Fairmount Park,” said Robinson. “Our first step was a riverbank litter cleanup. Rowers picked up over 4,600 single-use plastic bottles plus much other litter. We quickly realized that if we wanted to truly make an impact, we needed to find a way to stop the litter before it reaches the river. We needed to learn more about the problem at its source and how we might be able to contribute to the solution. This led to important partnerships with the City and quickly inspired more opportunities to care for our river and its watershed.”

A decision to eliminate the use of single-use water bottles within boathouses and its success led to even greater impact as Philadelphia’s two largest regatta organizations – the Head of the Schuylkill Regatta and Schuylkill Navy Stotesbury Cup Regatta – committed to litter-free and zero waste goals at their events.

“Our partnership with the Philadelphia Water Department has helped us to be a leader in eliminating single-use water bottles,” said Ellen Carver, President of the Head of the Schuylkill Regatta. “Each year since 2015, we have distributed approximately 10,000 reusable bottles to competitors and spectators and provided as much as 2,000 gallons of water over the two-day event. We work very closely with City agencies, and our participants, to minimize waste and achieve zero litter goals.”

For the 2017 Head of the Schuylkill Regatta, Executive Director Jen Wesson introduced “Love Where You Row” as the ask being made to each athlete, friend, and fan of the sport. Today, it captures the year-round, multi-element programming supported by the event and broader Schuylkill Navy rowing community.

“It’s incredible to see a program developed in the birthplace of American rowing achieve this type of global recognition,” said City of Philadelphia Managing Director Mike DiBerardinis, who saluted the efforts of the Philadelphia rowing community. “Mr. Robinson and his Boathouse Row colleagues are an inspiration to all those working hard to support the Mayor’s sustainability goals.”

USRowing CEO Patrick McNerney noted, “As the national organization, we’re looking forward to working with Alan, the Head of the Schuylkill Regatta, and the Schuylkill Navy as we look to expand the efforts along Boathouse Row across the country.”

Paul Horvat, Commodore of the Schuylkill Navy, accepted the Award on behalf of USRowing at the World Rowing Awards dinner in Berlin.

“Rowers are stewards of the river at heart, but Alan’s efforts - with the support of our organizations - have made the stewardship efforts actionable and acknowledged in Philadelphia and now around the world,” Horvat said.

About USRowing: USRowing is a nonprofit organization recognized by the United States Olympic Committee as the governing body for the sport of rowing in the United States. USRowing has 83,000 individual members and 1,350 member organizations, offering rowing programs for all. USRowing receives generous support from the National Rowing Foundation and its corporate sponsors and partners.

About Schuylkill Navy of Philadelphia: The Schuylkill Navy of Philadelphia is the governing organization for Boathouse Row and the rowing community in Philadelphia. Founded in 1858, it is the oldest amateur sporting association in the country and is chartered by its member clubs to secure collective action and promote amateurism on the Schuylkill. Along with its priorities to improve river infrastructure and stewardship, promote safety and inclusion, and develop athletes and next-generation talent, it annually hosts the Schuylkill Navy Series presented by Toyota. The series includes the world's largest scholastic rowing competition The Stotesbury Cup Regatta and four of the nation's oldest events dating back to the mid-19th century. Additional information is available at http://www.BoathouseRow.org. 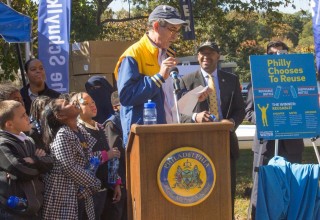 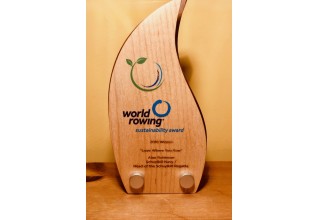 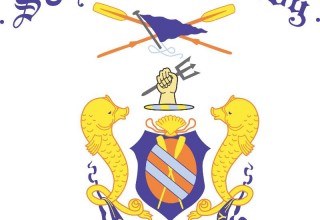 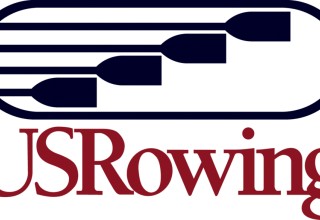