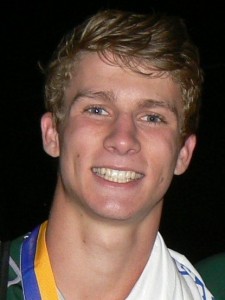 Rising Star for the Hawks Died Tragically this March in Bermuda

PHILADELPHIA, May 2, 2018 (Newswire.com) - United World Sports, the owners of the largest and most successful annual rugby events in the United States, today announced that the men’s Most Valuable Player Award for the Penn Mutual Collegiate Rugby Championship will be re-named in honor of the memory of Mark Dombroski, a rising freshman rugby player at Saint Joseph’s University who died while in Bermuda with the team for an event in March.

“We are honored to rename the trophy in Mark Dombroski’s name,” said Jon Prusmack, Chief Executive Officer and Founder of United World Sports. “Rugby is about family, and the loss felt by Mark’s family and friends, the great people at Saint Joe’s and by the entire collegiate rugby community has been very deep. We feel renaming the trophy is a proper way to recognize this young man of great conviction and talent in a manner that will forever tie him to our championship event.”

Mark loved playing rugby and the friendships he made extended well beyond the field. We want to thank all at the Penn Mutual Collegiate Rugby Championship and United World Sports for this very important gesture. My husband, Mark's brothers, and I are tremendously grateful for this trophy being named for him. Mark had a big heart and was kind to everyone and he would be blown away to hear of this recognition. We have established the Mark Dombroski Foundation in his honor with a focus on youth education, athletics, and safety.

“Mark loved playing rugby and the friendships he made extended well beyond the field,” said Lisa Dombroski, Mark’s mom. “We want to thank all at the Penn Mutual Collegiate Rugby Championship and United World Sports for this very important gesture. My husband, Mark’s brothers, and I are tremendously grateful for this trophy being named for him. Mark had a big heart and was kind to everyone and he would be blown away to hear of this recognition. We have established the Mark Dombroski Foundation in his honor with a focus on youth education, athletics, and safety.”

“All of us at Saint Joseph’s University are deeply touched by this announcement and are looking forward to the upcoming Penn Mutual Collegiate Rugby Championship where we will be able to dedicate all our effort in Mark’s memory,” said Saint Joseph’s head coach Dan Yarusso.

The Mark Dombroski Most Valuable Player Award will make its debut Sunday, June 3rd at Talen Energy Stadium in suburban Philadelphia, the home of the Penn Mutual Collegiate Rugby Championship.

Dombroski was a freshman member of the men’s rugby team at Saint Joseph’s from Media, Pennsylvania, and attended Archmere Academy (Claymont, Delaware) as a high school student. He was a valuable member of the Archmere Rugby squad that won the High School Rugby Challenge (HSRC) of the Penn Mutual CRC back to back in 2015 and 2016. Mark was visiting Bermuda with his parents and his team for a tournament there when he died after an accidental fall on March 18.

Leading the women’s national championship field this summer is defending women’s champion Life University, which captured the crown last June with a 17-12 victory over Lindenwood University. Lindenwood also returns for the 2018 competition, along with Philadelphia-area favorites Drexel, Delaware, Penn State and Temple, as well as the women’s rugby 7s squads from Bloomsburg, Boston University, Clemson, Dartmouth, Kutztown, Navy, Notre Dame, Virginia, and Virginia Tech, and the NSCRO Selects squad, an all-star team chosen from the best of NSCRO’s 7 teams, round out the 16-team field.

United World Sports (UWS) is the largest commercial rugby entity in the United States, and the owner and operator of a growing portfolio of dynamic sports, media and apparel brands including, the USA Sevens Rugby international tournament, the largest professional rugby event in North America and the Penn Mutual Collegiate Rugby Championship, the premier college 7s rugby championship. Through its apparel division, UWS owns the exclusive North and South American license for Rhino Rugby, one of the world’s leading rugby apparel and equipment brands. UWS also owns and operates RugbyToday.com, the largest and most widely read media destination dedicated to American rugby. Additional information is available at http://www.unitedworldsports.com.

Since 1847, Penn Mutual has been committed to helping people live life with confidence. At the heart of this purpose is the belief that life insurance is central to a sound financial plan. Through our network of trusted advisers, we are dedicated to helping individuals, families and businesses achieve their dreams. Penn Mutual supports its advisers with retirement and investment services through Hornor, Townsend & Kent, Inc. Registered Investment Advisor and wholly owned subsidiary. Member FINRA/SIPC. We are proud to work together in a values-driven and relationship-based culture. Visit Penn Mutual at www.pennmutual.com. 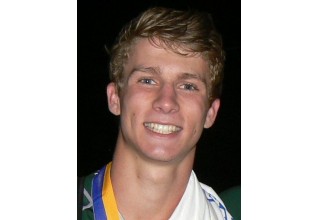 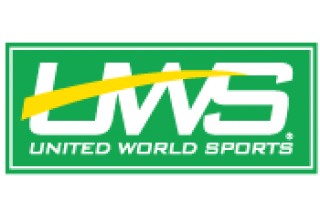