PHILADELPHIA, May 16, 2018 (Newswire.com) - United World Sports, the owners of the largest and most successful annual rugby events in the United States, today announced that retired U.S. Army Lieutenant General H.R. McMaster will present the Pete Dawkins Trophy to the winner of the 2018 Penn Mutual Collegiate Rugby Championship.

This year’s event will again be held at Talen Energy Stadium outside Philadelphia from June 1 to the 3.

McMaster, one of the most decorated and respected military leaders of the past century, also played collegiate rugby at West Point and club rugby for many years.  He is a native of Philadelphia. The trophy is named in honor of West Point graduate and Heisman Trophy winner Pete Dawkins, who was an accomplished rugby player as well while at Oxford.

“We are honored to have Lieutenant General McMaster join us to present the Pete Dawkins Trophy this year,” said Jon Prusmack, United World Sports Chief Executive Officer and Founder. “The field and level of talent, which will include all three service academies for the first time, will be deeper than ever before, and this announcement raises the level of the event even higher.”

“Playing rugby at West Point was the best preparation I had for leading soldiers in our Army,” McMaster said, “Rugby requires toughness, teamwork, and determination to win. Those are keys to success in sport, battle, and life. “

H.R. McMaster became the 26th National Security Advisor, serving under President Donald Trump. He is also known for his roles in the Gulf War, Operation Enduring Freedom, and Operation Iraqi Freedom. Born in the Roxborough neighborhood of Philadelphia, Lieutenant General McMaster graduated from the United States Military Academy in 1984, and later earned a Ph.D. in American history from the University of North Carolina at Chapel Hill. During the Gulf War, McMaster served as a captain in the 2nd Cavalry Regiment, taking part in the Battle of 73 Easting.

After the Persian Gulf War, McMaster served as a military history professor at the United States Military Academy from 1994 to 1996, became a research fellow at the Hoover Institution, a member of the Council on Foreign Relations and a Consulting Senior Fellow at the International Institute for Strategic Studies (IISS).  His award-winning book, "Dereliction of Duty: Lyndon Johnson, Robert McNamara, the Joint Chiefs of Staff, and the Lies that Led to Vietnam," is a New York Times bestseller.  In 2004, McMaster took command of the 3rd Cavalry Regiment and fought the Iraqi insurgency in Tal Afar. He became a top counter-insurgency adviser to General David Petraeus in Iraq and commanded a task force in Afghanistan before serving as Commander of the Maneuver Center of Excellence and Fort Benning, Georgia, and, later, as the Director of the Army Capabilities Integration Center where he helped design the future Army.

In February 2017, President Trump appointed McMaster as the 26th National Security Advisor, a post he held until this past April. McMaster has been recognized by Time as one of the top 50 most influential people and by Fortune as one of the world’s greatest leaders.

Leading the women’s national championship field this summer is defending women’s champion Life University, which captured the crown last June with a 17-12 victory over Lindenwood University.  Lindenwood also returns for the 2018 competition, along with Philadelphia-area favorites Drexel, Delaware, Penn State and Temple, as well as the women’s rugby 7s squads from Bloomsburg, Boston University, Clemson, East Stroudsburg, Kutztown, Navy, Notre Dame, Virginia, and Virginia Tech, and the NSCRO Selects squad, an all-star team chosen from the best of NSCRO’s 7 teams, round out the 16-team field.

Since 1847, Penn Mutual has been committed to helping people live life with confidence. At the heart of this purpose is the belief that life insurance is central to a sound financial plan. Through our network of trusted advisers, we are dedicated to helping individuals, families, and businesses achieve their dreams. Penn Mutual supports its advisors with retirement and investment services through Hornor, Townsend & Kent, Inc. Registered Investment Advisor and wholly owned subsidiary. Member FINRA/SIPC. We are proud to work together in a values-driven and relationship-based culture. Visit Penn Mutual at www.pennmutual.com. 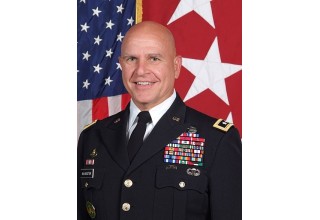