The University of California Golden Bears, five-time winner of the Pete Dawkins Trophy, returns to Philadelphia once again after winning the 2018-2019 PAC 7s tournament. South Carolina returns to the Penn Mutual Collegiate Rugby Championship for the third time (and second consecutive year), while the University of Colorado and St. Bonaventure are both making their debut in the event.

The University of Colorado earned a coveted spot in the tournament after its success in the Las Vegas Invitational, while St. Bonaventure won the Heart of America event last month, both qualifiers for the Penn Mutual Collegiate Rugby Championship.

The Lindenwood men’s squad took home their first Pete Dawkins Trophy with their 24-7 win over UCLA in the men’s championship final last June. The Lions, out of St. Charles, Missouri, defeated Navy 22-0 in the quarterfinal and Life in the semifinal, 17-7.

UCLA’s Ben Broselle, a freshman wing of Ferndale (Washington) High School, received the inaugural Mark Dombroski Most Valuable Player Award for his play throughout the weekend. The award was named in honor of the late Saint Joseph’s rugby player who passed away in March 2018.

The Penn Mutual Collegiate Rugby Championship trophy is named after the All-American football standout at West Point who won the Heisman Trophy in 1958. Army General Pete Dawkins was a Rhodes Scholar and attended Oxford, where he used his outstanding football skills to make him a star on the Oxford Varsity rugby team, revolutionizing the game in the process.

The 2019 Penn Mutual Collegiate Rugby Championship will mark the ninth consecutive year that the event has been held in Philadelphia and at Talen Energy Stadium, bringing national and international attention to the region. This year’s event will mark the second year that the competition will be televised live by the ESPN family of networks with the most television and digital coverage in the tournament’s history. The weekend-long rugby event is one of the largest gatherings of collegiate and high school rugby teams in the world.

The annual event also features the 16-team women’s championship field, as well as the Freedom Cup Championship, featuring a six-team men’s field vying for a spot in next year’s main bracket; the National Small College Rugby Organization (NSCRO) national championship; as well as a national high school tournament with both boys and girls’ teams. Fields for each of those events will be announced in the coming weeks.

United World Sports (UWS) is the largest commercial rugby entity in the United States and the owner and operator of a growing portfolio of dynamic sports, media and apparel brands, including the USA Sevens Rugby international tournament, the largest professional rugby event in North America; the Las Vegas Invitational, the largest amateur rugby event in the western hemisphere; the International Silicon Valley 7s; and the Penn Mutual Collegiate Rugby Championship, the premier college 7s rugby championship. Through its apparel division, UWS owns the exclusive North and South American license for Rhino Rugby, one of the world’s leading rugby apparel and equipment brands. UWS also owns and operates RugbyToday.com, the largest and most widely read media destination dedicated to American rugby.

Since 1847, Penn Mutual has been committed to helping people live life with confidence. At the heart of this purpose is the belief that life insurance is central to a sound financial plan. Through our network of trusted advisors, we are dedicated to helping individuals, families and businesses achieve their dreams. Penn Mutual supports its advisors with retirement and investment services through Hornor, Townsend & Kent, Inc., a registered investment advisor and wholly owned subsidiary. Member FINRA/SIPC. We are proud to work together in a values-driven and relationship-based culture. Visit Penn Mutual at www.pennmutual.com. 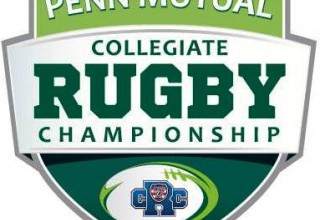 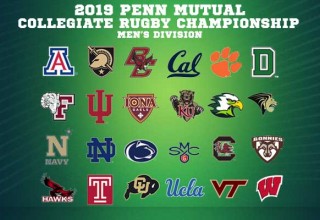